The Love Lydgate monthly talk in September was given by Rachel who works as an auctioneer for Wright Marshall of Knutsford. She brought with her a selection of antiques ranging in price from just a few pounds to a Victorian carriage clock worthy of a museum, expected to go for about £2,000-00 at auction soon.

Rachel talked about the pieces and we were asked to guess the value of each one. Sometimes the items we all felt were of greater value were in fact not worth very much. She brought with her two old pistols explaining that there is a huge collecting market for arms, particularly in America. One of them was a small flintlock pistol dating from the early 1800 hundreds that would have been used for personal protection and you could easily imagine this being used as a prop for an episode of Poldark.

Rachel also explained the new legislation that will ban the selling of ivory from next year, making it virtually worthless.

Several people had brought treasured items with them for Rachel to look at and value, Frank even went home to get a small glass ornament that he and Margaret had been given as a wedding present, but never liked!

The talk was well attended and it was nice to welcome some new faces. Rachel made it into a very interesting afternoon that everyone enjoyed. 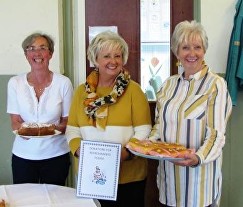 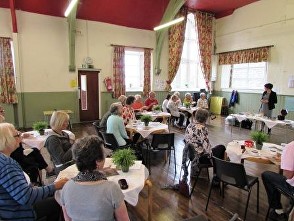