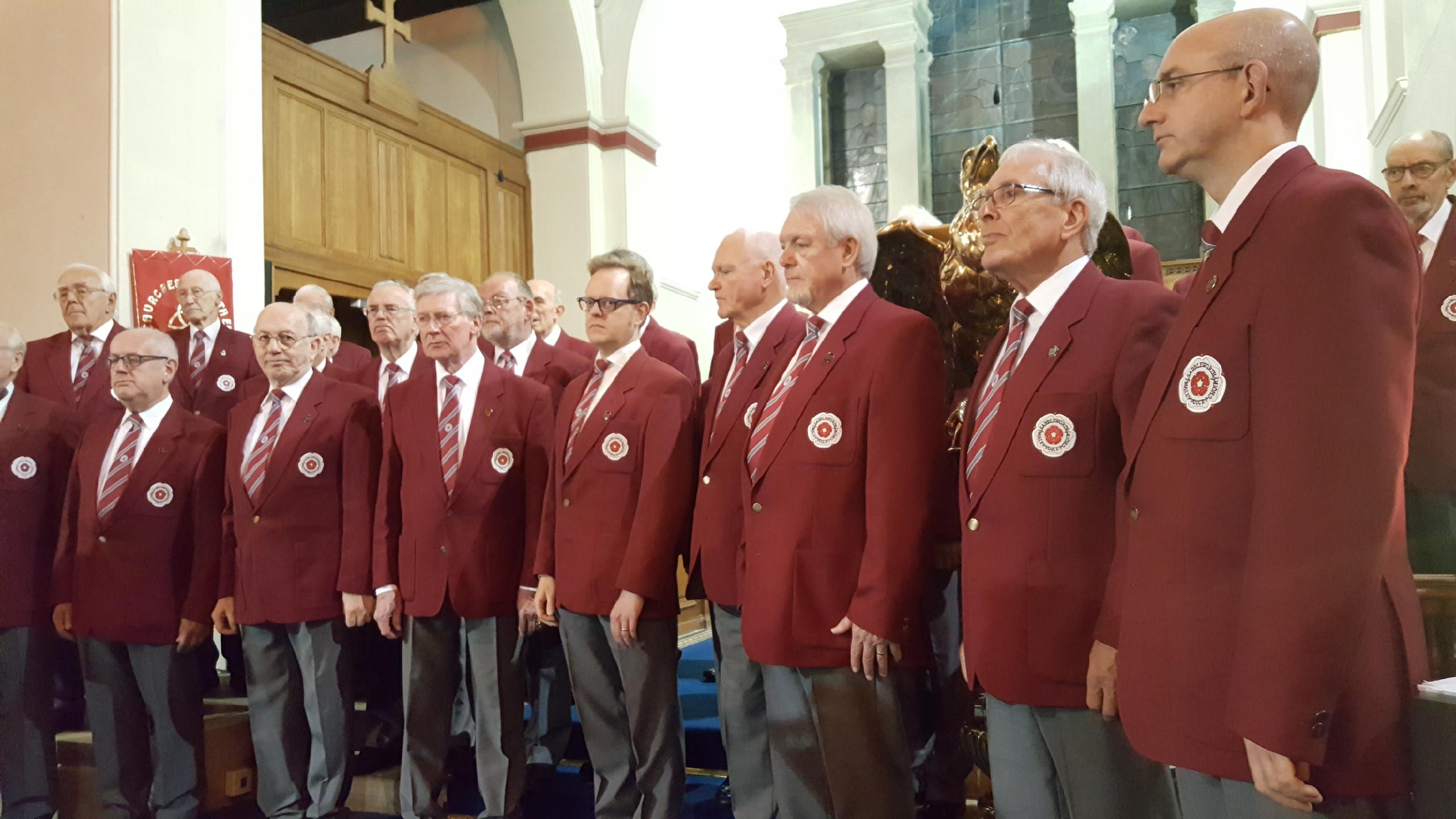 On the 15th September an audience of over 120 people gathered in St Anne’s Church Lydgate for a musical celebration in memory of Eric Watts who had died a few months previously.

Music had been a central love of Eric’s life. For many years he had been a member of the Saddleworth Male Voice Choir, and it was fitting that the Choir took centre stage. Led by conductor Dorian and accompanist Louise, their programme ranged from the hymn tunes beloved by male choirs, and numbers from popular musicals, to unlikely pop classics such as The Crystals “Do run run run”.

Harpist Sarah Davies provided something completely different. The harp is an unknown instrument to most of us, but here its exquisitely rich, subtle sounds were beautifully displayed.

Probably the loudest applause of the evening though was reserved for the family members who took the stage. Grandson Tom, led the way on the piano, to be followed by, wife Janet  daughter Diane and friends, who together make up the ukulele band Fingers and Thumbs.

It was a great community event, celebrating a man who to the end fully and creatively supported the Lydgate community, largely through his and Janet’s active involvement in Love Lydgate. As someone said “Eric would have loved it”.