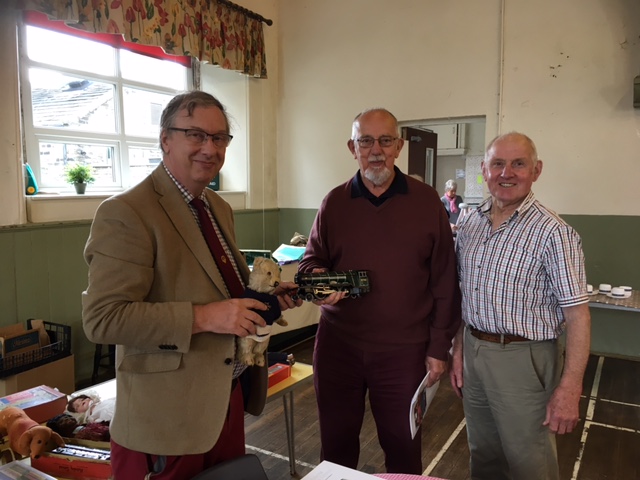 The new season of Monday talks saw the return of Peter Ashburner of the Auctioneers, Wright Marshall.  His subject, today,  was antique toys and he brought a host of toys with him of the kind that might be put up for auction.

Train engines are popular and he showed us a number to illustrate why some are worth more than others. Apparently, foreign engines command higher prices than British ones and, as ever, an original box can greatly increase the value of an object.

Antique dolls, teddies, and other soft toys,  can bring in high prices if they are in good condition, and have the right labels. Many of the most sought after are German.

Other toys can be in demand if they have unusual features, such as a different colour to the usual product, especially if a small number were produced.

All toys have a better chance of making a good price if they are offered in a special toy auction.  However, if you have toys to sell you probably need to do it now,  as Peter pointed out that the buyers tend to be those who played with similar toys in their childhood, and they are not so popular with today’s children.

A very interesting and informative afternoon – and the cake was delicious!