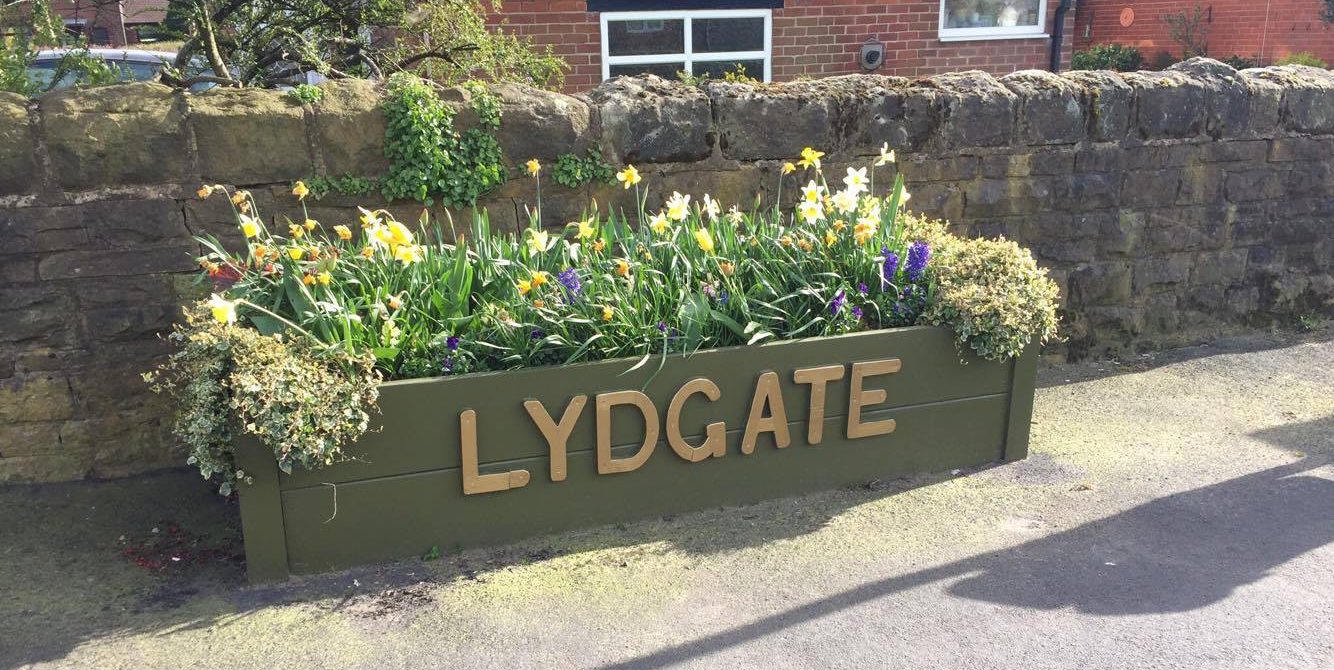 Craig Dale came to talk to Love Lydgate and brought with him an impossibly long title as his job description. In the main all we were interested in was that part of his job whereby he was responsible for the gritting of the roads in Saddleworth and, if needs be, clearing the snow drifts driven by high winds which may be blocking our roads. Lydgate is 874 feet above sea level, so Craig informed us, so perhaps gets more than it’s fair share of severe winter weather!

Though Oldham is not responsible for clearing the motorways, these come under the Ministry of Transport, there are 4 trans-Pennine routes which pass through our area and which have to be kept open by Craig’s work teams.

Craig did show a series of slides telling us about the number of vehicles available at any one time, all with names chosen by school children and involving variations on “gritting”, “shifting” etc. and one which I thought was called “Gary Gritter” or “The Grittermobile”. I could be wrong about this but you get the idea.

The teams work in shifts of 4 teams and the number of shifts working depends on the severity of the forecast for snow or ice. The forecasts for weather, but just as important, for the road surface temperatures, come from the Met Office Headquarters in Exeter. The road surface temperatures determine whether black ice will form, invisible and hence more dangerous than actual snow. The grit laid down will help to stop its formation as well as making it more difficult for snow to lie on the ground and drift if there is a wind.

One of the problems which Craig and his teams face is if rain precedes the drop in temperature because then much of the grit could be washed away before it can have any effect.

Two other problems he mentioned were the increase in cars being used for travel to work and the expectation that the roads will be cleared for cars regardless of the severity of the conditions. The idea that it would be more sensible to go by bus or, heaven forbid, that people could walk to work is rejected out of hand. Another problem is caused when traffic becomes stuck in snow, say up Grotton Brow, then the gritters can’t get through and neither can they get through if people park overnight along Oldham Road rather than in the side streets or their garden drives or garages thus reducing Oldham Road to one lane!

However, Craig and his staff remain cheerful, sort out these problems and have kept our roads open and safe with only the most severe weather slowing them down

There were lots of other figures about man/woman hours worked, how many tons of salt/grit laid down, all of which now comes from the salt mines of Winsford, Cheshire. Technology is being used to remotely sense road surface temperatures and GPS systems used to keep track of vehicles and even the state of the road grills when last cleaned out and what type of debris was blocking them.

Love Lydgate people were joined by the Austerland community group which boosted our numbers considerably and Joan Sykes, the chairwoman of Austerlands, introduced Craig. Frank Boocock gave the vote of thanks and suggested that Craig’s life would be easier if the population of Saddleworth, who couldn’t cope with our winters, moved down to Failsworth where the land is much flatter and less snow-bound. That didn’t go down well with the more hardy souls of Lydgate.

My personal experience when snow was falling heavily in Saddleworth and I was teaching at Hulme was that there was an unwritten rule that the pupils and staff from Saddleworth got into school regardless of the conditions when lesser and weaker brethren living in Oldham did not. A matter of Yorkshire grit!!