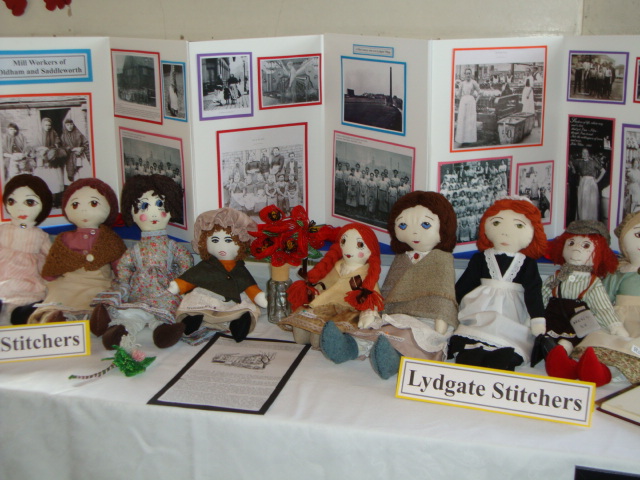 Home » Stitchers » Who Are The Lydgate Stitchers?

Who Are The Lydgate Stitchers?

Where did it all start?

In 2011 Jennifer Greenwood, Chair of Love Lydgate became aware that a plaque tucked away inside the porch of St. Anne’s Church, Lydgate was the only memorial to 44 soldiers from the parish of Lydgate who died in the first world war. She appealed for help to find out more about the lives of these forgotten men and organised a re-dedication of the Memorial Plaque which took place at a service on 11th November 2011.

A more visible memorial was called for and so plans were made for a wall hanging to commemorate not just the deaths, but also the brief lives of these soldiers.  This was to hang in the Parish Hall for all to see.

A talented local artist, Jill Harrison was approached and agreed to paint a picture featuring a young man amongst a local landscape to represent the soldiers who never returned home. Jill’s painting was unique, colourful and moving.

Jennifer then approached Celia Gledsdale, a recently retired teacher of textiles who was a member of St, Anne’s Church and persuaded her to take on the task of translating Jill’s painting into fabric and threads. Celia began by inviting members of the community to take part in the project and a number of volunteers came forward. Some were competent needlewomen but others had very limited textile skills so Celia began by teaching simple techniques and stitches before beginning on the hanging.

Celia proved to be an inspirational teacher and the group worked well together and dubbed themselves the Lydgate Stitchers. Celia also had an evening group that met at her house.

A great deal of preparation took place before work could begin on the hanging. Celia traced the picture, much enlarged, onto a background fabric. Tracings were made of portions of the picture to be worked on by individual stitches using a wide variety of stitches and techniques. Materials had to be matched to the vibrant colours of Jill’s original painting and factories and businesses were contacted for resources. 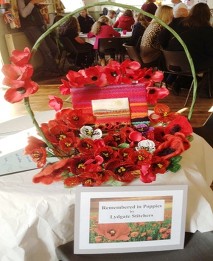 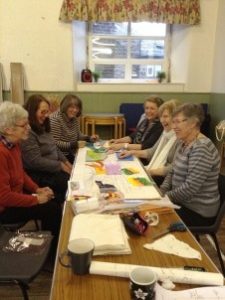 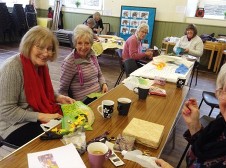