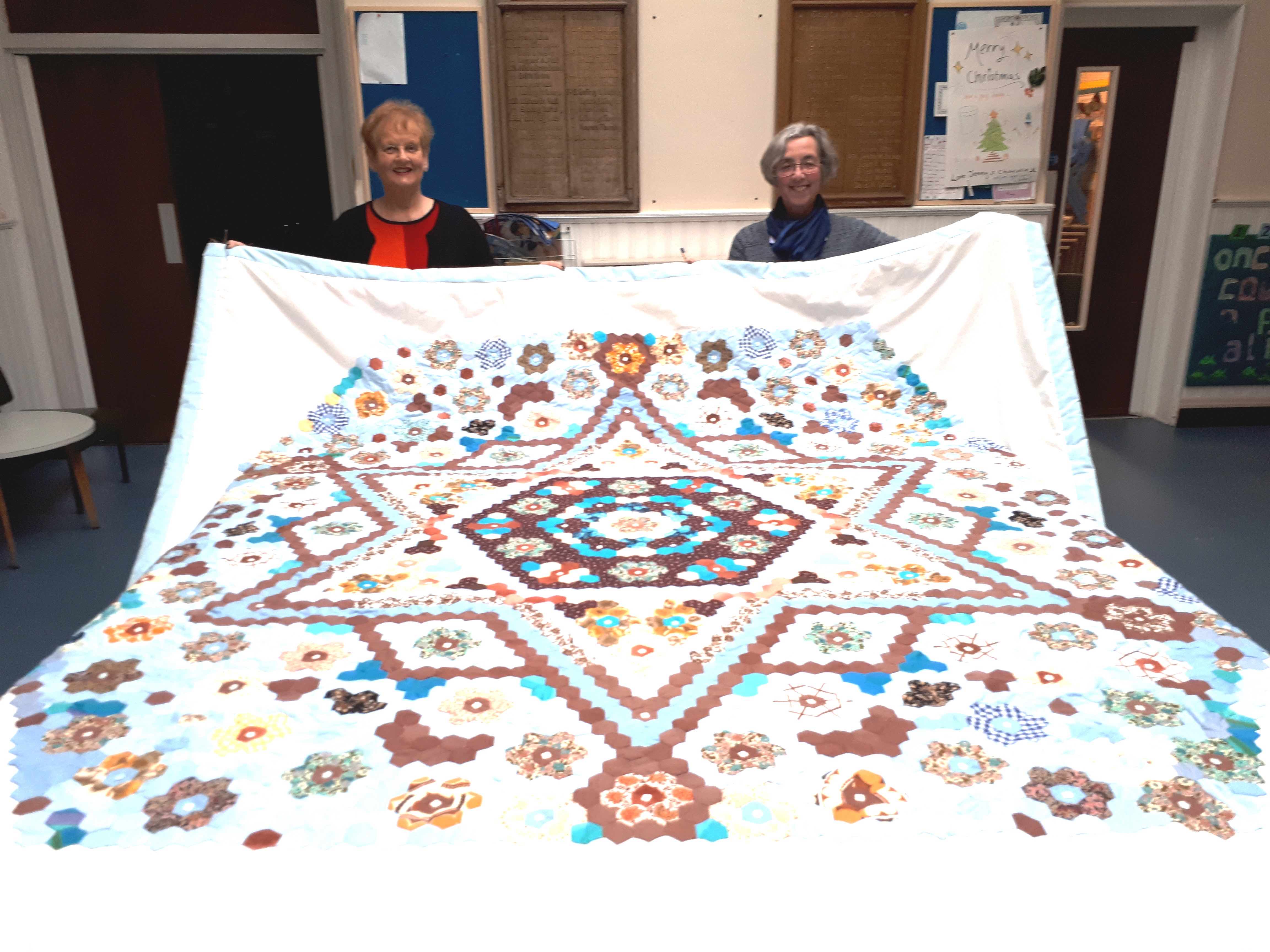 The half- finished quilt which was donated to the Stitchers some time ago   has at last been transformed into this beautiful double bedspread thanks to Barbara and Kath.

The Stitchers as a whole had worked on it between projects but were running low on the hexagons and rather than trying to match up the fabrics, were making it into a shape to stitch onto a regular bed-size background.

Barbara and Kath have now finished the hexagon pattern and stitched it onto material which they padded, backed and bordered to match the blue in the pattern.  A mammoth task but as you can see, worth the effort!

Now we have to decide what to do with the quilt.  Selling or raffling it is a possibility as it could raise funds for future projects and it would be nice to think of it being used instead of residing in a cupboard!