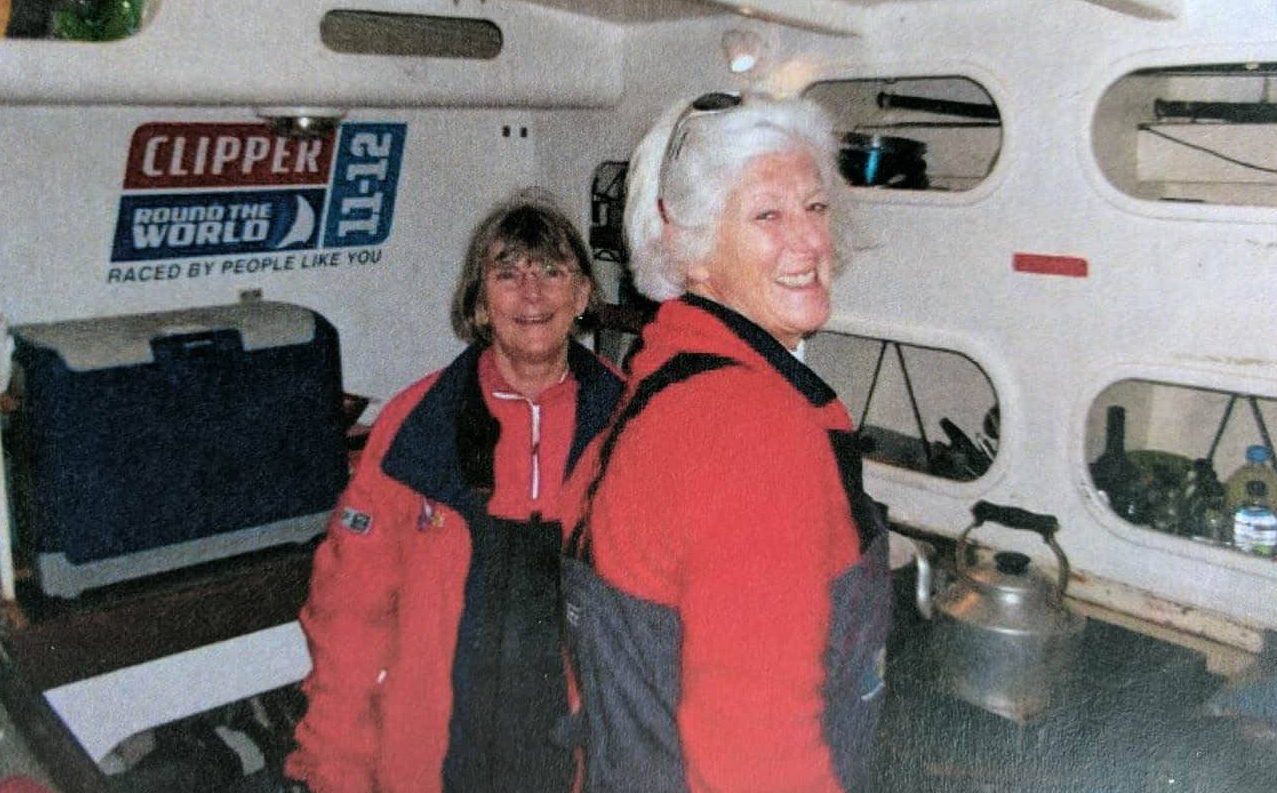 Why would anyone wish to spend days on end soaked to the skin, literally, working incredibly hard for three hours on and three hours off and sleeping, cooking and eating in a confined space? Denise Mellor answered these questions when she described to our members of Love Lydgate on Monday 4th July 2016. Her experience on board an ocean racing clipper sailing from Singapore to Quindong, a port in Northen China.

Denise said she had led a normal life as a wife and mother until having reached a certain age, she saw an advert in the paper asking for volunteers to take part in an ocean race organised by Robin Knox Johnson. Denise had done a little sailing in Singapore when in the army. “Nothing ventured, nothing gained.”

She had forgotten all about it until she was asked to go for an interview, where she was accepted for training and eventually found her self-sailing from Portsmouth and wondered what she had let herself in for! Hauling on sheets and halliards.(That means ropes, to you and me!) To control the sails is hard work whilst being tossed about by the wind and waves, cooking and sleeping in a confined space wet through. However what had Denise hooked was the exhilaration of sailing the comradeship as each member of the crew depended on the others and the knowledge that she could do it. After more training, she was asked to fly out to Freemantle, Western Australia and then finally to Singapore to join a flotilla of clippers, each one named after a city. Denise was called “Glasgow”, racing each other on the leg of the race to Northen China. Using a DVD of the sail from Singapore to Quindong to illustrate this leg of the race and all the fun and exhilaration of sailing and the amazing sunsets, as well as the trials and tribulations, were well shown.

Two incidents stood out for Denise on that sail, one potentially dangerous and the other very much so. The first involved a Vietnamese gunboat that sailed very close and regarded their clipper with suspicion threatening them because the captain had not been told that a race was going through the South China Sea. The crisis was averted. The next incident began when water started to immerse inboard and was eventually traced to where the keel of the clipper was bolted to the hull. The keel was in danger of coming off. Had that happened the clipper would have flipped over with disastrous consequences for all on board. All the clippers had to make their way, under reduced sail. to Subic Bay in the Philippines for extensive repairs but whilst there, all the crew were most royally treated. As the clippers eventually sailed northwards it became colder and out came the heavy weather gear, some of which Denise had brought with her.

When asked if she would do the race again Denise said “No” but, despite this she’s still sailing and loves it! Her enthusiasm for what she does came through her talk and was a real inspiration.